A Brief History of World Ceramics

Although the possibility of the people of East Africa beginning use of stone tools in the Paleolithic era (2.6 million years ago), but the development of new human culture occurred at roughly the neolithic era after 10,000 BC.

The story of a ceramic probably started since 30 thousand years ago. This period in history is called the Age of Palaeolithic or Old Stone Age (500 thousand-10 thousand BC) due to a sharp cutting tool or weapon at the time it was made of stone. The discovery of copper, bronze, and iron are still far from this era. Our ancestors were hunters and gatherers food sedentary life.

They learn how to make a fire for the first time in an attempt to protect themselves from the cold, wild animals, cooking meat and also burnt clay. 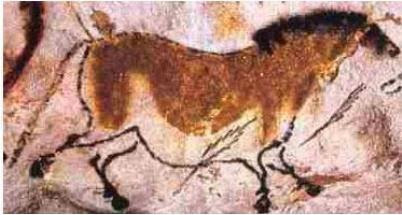 Figure 5.6. Caves of Lascaux: stallion with arrows around it.

Figure 5.7. Relief Bison on clay clay, found in the stone age in the Tuc d’Audoubert, SW France. An estimated 15,000 BC. 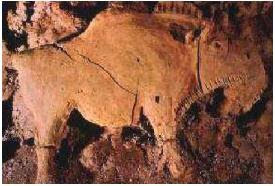 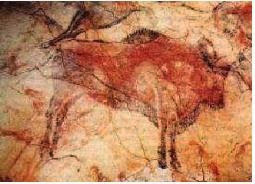 Figure 5.8. Bison painting at the end of the stone age, an estimated 15,000 years BC, was found in Altimira, Spain.

Archaeological evidence suggests that people in the ancient stone age in most parts of the world has burned clay figurines and also has made a simple furnace about 30 thousand years ago. 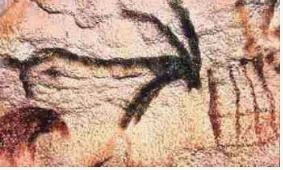 Although they are still primitive lifestyle, the people in the stone age able to create vivid pictures and realists, most of etched and carved on rock walls. However, some of their works are modeled with clay. Most of the pictures in the form of pictures of animals they hunt.

Paintings of ancient stone age is very amazing Caves of Lascaux in France and Altamira Caves of Spain. Experts estimate the painting is very old and the possibility of 20 thousand years old.