Microcontroller Interface with LED and Rele

Where VLED is the voltage across the LED and the first current flowing through the LED.
In general VLED and I is 1.5 V and 20 mA. If the current source microcontroller enough ability to directly control the LED, the LED connected to the microcontroller as shown in Figure 1:21 (b). In this case the LED will light when the pin on the microcontroller is HIGH. 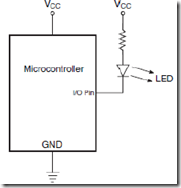 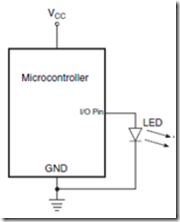 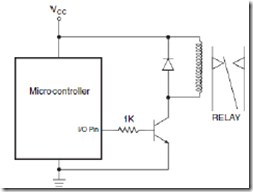