Star of the Sea (Protoneostes), is a pest that has the ability to climb on seaweed and can cover the branches. Branch covered / plastered by starfish will die and many branches were broken off. Starfish larvae together with the larvae of sea urchins that have planktonis properties, so it can be attached to the seaweed thallus which indirectly can disrupt the photosynthesis process.

Attacks urchins effect is relatively small and does not feel particularly on the cultivation area large enough. Starfish pests do not attack seaweed away from the bottom waters. Figure 21. Starfish as pest seaweed (a) starfish attacking Caulerpa sp and (b) sea star larvae that are plantonis

Barnacles that have attached to the larger size of the older thallus while the small size barnacles attached to the young thallus. Attachment of barnacles usually followed by growth of moss around thallus plastered. While the damage incurred is thallus plastered over time will be white. Signs of seaweed in the pasted by barnacles among which there is the cut on branching and end thallusnya and the decay due to the cuts. While the damage caused by the attachment of barnacles on sea grass is the emergence of moss around thallus.

Snail is one of the pests that attack many cultivated seaweed such as Gracilaria ditambak. Hama derived from the existence of these types of snails is quite detrimental to the sea grass. Slugs will eat the tip of seaweed young and parts that will grow and develop. Gracilaria shoots usually cylindrical to flat with a texture like cartilage, branching much, there is a simple but some are complicated and dense.

After branching thallus usually becomes smaller. Gracilaria has uniaxial growth, with single cells that grow in each end of the rope. Gracilaria verrucosa set of dichotomous branches have almost 30-40 cm long. Thalii be brownish green, red, red-brown blond dark red, pink and so on. If part of this thallus eaten by snails, the seaweed will grow and flourish, and even after a long time will be devoured by the snails. 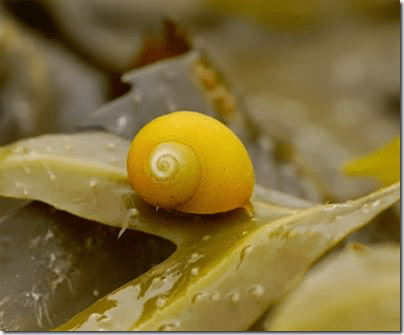 Figure 22. The snails attached to seaweed